Showing posts from May 23, 2004
Show all
May 29, 2004
Note to self : Don't ever, ever, EVER try to upgrade a Win2000 machine to XP. Ever. Still in computer hell after the XP setup, bless it's heart, crashed mid-way through copying the EIDE driver ... ie. it could no longer see the hard disks. Had to clean off and start from scratch again. And still going.....
Post a Comment
Read more
May 27, 2004
From a story in New Zealand today: The use of sex appeal in a television commercial which used cleavage to sell underarm deodorant was exploitative and degrading, the Advertising Standards Board has said. The board was upholding a complaint about an advertisement for Cool Charm deodorant, which depicted a female dental nurse wearing a revealing uniform, applying the product while listening to the dentist repeatedly asking an adolescent boy to "open wider". In the next scene the nurse walked into the surgery and leaned over the patient, revealing her cleavage, causing the boy to open his mouth wider. The complaint to the board said the advertisement was blatant exploitation of a woman's body to sell a product. It also undermined the profession of dental nursing. The board agreed, saying it was not only demeaning to the profession but to involve a pubescent boy was totally unacceptable. The advertisement was short on humour and "exploitative of and degrad
Post a Comment
Read more
May 27, 2004
Wheeeeeeee On holiday tomorrow....
Post a Comment
Read more
May 24, 2004
Awesome : Spike Milligan's last wish was finally granted today. They finally carved the following on his tombstone : "See - I told you I was ill."
Post a Comment
Read more
May 24, 2004
The terminal collapse at CDG this weekend seems to have killed 5 people. The engineers in there clearing the debris heard more cracks today and it's been evacuated again - they're talking about pulling the whole terminal down....
Post a Comment
Read more
May 24, 2004 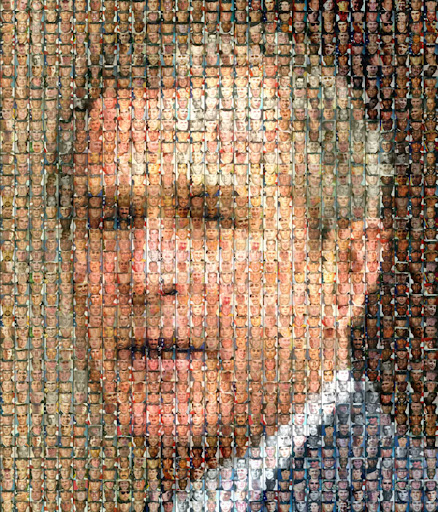 A photomontage of El Busho, made up of the servicemen and women he's sent to their deaths. Click for the full-sized version.
Post a Comment
Read more
May 24, 2004
The American claims that the wedding party they attacked in Iraq last week was in fact a safehouse, have been somewhat poo-poo'd this morning, with the arrival at MSNBC of the actual Iraqi wedding video. I'm interested to hear how General Kimmit tries to spin this now.
Post a Comment
Read more
More posts