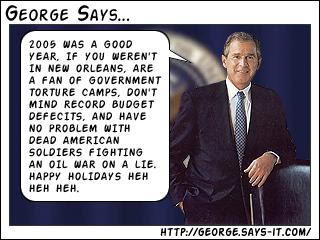 December 22, 2005
My website has gone down - all of it. I called the Lunarpages helpdesk and they've got a pre-recorded message on there. Apparently their backbone servers are undergoing a massive denial-of-service attack which has towed a ton of their websites down.
Post a Comment
Read more

December 22, 2005
Beatport finally had an update yesterday and a couple more trance tracks I was looking for turned up, notably Who's Watching / No-one's watching by Armin Van Buuren. Several other sites have had this for a while, but Beatport are the first to put the Remy and Roland Klinkenberg remix up for sale. ♫♫N'ka n'ka n'ka n'ka tss n'ka n'ka n'ka n'ka tss.....♫♫
Post a Comment
Read more

December 21, 2005
Armin's ASOT episode 227 from last week is about the best one he's done in the last couple of months. He's intro'd a new track called Close Your Eyes by Robert Nickson featuring Elsa Hill. Suh-weet. The volume in my headphones is currently way the heck too loud for my own good.
Post a Comment
Read more 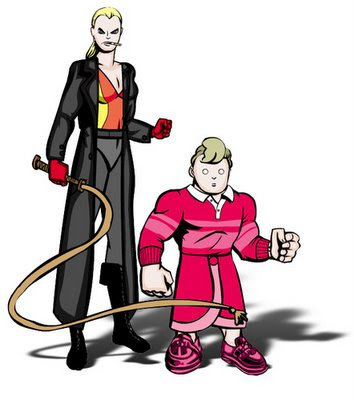 I witnessed something this morning which illustrated the excesses of the average American. I was at the Subaru garage getting the car serviced when this couple came in complaining that their 2005 Outback had started smelling funny a couple of weeks ago. Long story short : the coolant temperature light had come on when she'd been driving and she didn't know what it was, so did nothing. As a result, the coolant pump had welded itself to the engine block because the bearings had gone, so it was no longer pumping coolant. Once it had welded itself in place, it stopped rotating, so the timing belt was skidding around it instead of turning it. The engine had been running incredibly hot - no coolant - and it's probably only because the weather hasn't been above freezing for three weeks that she didn't blow up the engine completely. Subaru reckoned in the ballpark of $4,000 to fix it - new engine basically. And this is what just made me gasp in disbelief. She turned to her
Post a Comment
Read more

Looking at the world through B*sh coloured glasses.

December 19, 2005
This is priceless. From a news conference on the NSA spying scandal: "My personal opinion is, it was a shameful act for someone to disclose this very important program in a time of war. The fact that we're discussing this program is helping the enemy." Honestly I laughed for nearly a whole minute straight when I read that. It's a fine example of B*sh's complete ineptitude. We're not at war. He never made a declaration of war and neither did anyone else. So that's either a lie or a misunderstanding - both of which he's known for. And discussing this program helps the enemy? I laughed so hard 7up came out of my nose. Please, someone - anyone - post a comment and tell me how this helps "the enemy". Does B*sh really presuppose that anyone with a nefarious agenda doesn't know about Echelon? Does he really believe that they'll be using tappable lines of communication? The man is so detached from reality it makes it even more disturbing t
Post a Comment
Read more

December 19, 2005
So Dory finally came in last night after my mum and dad had gone to bed and curled up on the bed with us, which she hasn't done for months. Every time she heard someone else get up though she went out and we had to get up and get her back in. It snowed a lot overnight - about 15cm so I got to break out the snowblower this morning and do the driveway and sidewalk. I finally met our new neighbour over the street too - she was out in her pyjamas manually (side note : total hottie) shovelling snow so I offered to help. Apparently they used to live in Montana so she said they're used to it. Russ was out with his blower too and we've cleared enough away between us that the next time the snow ploughs come down the street, they'll nicely fill in the gap with a solid mountain of ice.
Post a Comment
Read more

December 18, 2005
We picked up my parents from the airport yesterday afternoon and as soon as we got home, Dory (our cat) shot out of the house and wouldn't come in. We managed to get her in last night but only by picking her up and carrying her in. Today she took off as soon as the cat flap was open and we've only seen her at the bottom of the garden. Now its started snowing and she's not even coming to the bottom of the garden when we call. She's not been in or used her litter box or had any food since this morning. I'm worried sick that she's going to leave us.
Post a Comment
Read more
More posts