March 18, 2006
Well this could be it - winter's last gasp. It looks like the temperature is on the rise and there's no more snow in forecast after tomorrow until sunday next week. The trees are starting to bud, the bulbs are coming up and there's evidence of greenery in the lawn. I'm skiing tomorrow and hadn't planned on it next week, but if Solitude gets some more snow then, I might be persuaded to change my mind :-)
Post a Comment
Read more 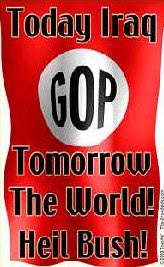 Herr B*sh has gone off the deep end this morning by reaffirming one of his most controversial policies: reserving the right to launch a pre-emptive strike. In other words, he still believes its a good idea to attack another country that has not attacked the U.S. – if it is deemed necessary to halt the spread of weaponsofmassdestruction. Shit. I know history repeats itself. But within 3 years? Apparently he really is stupid and/or insane and he certainly has chronic short-term memory loss. It seems he's the only one who doesn't remember that whole ongoing Iraq fiasco. Something to do with lying to America, lying to the UN, invading on a country that hadn't (and couldn't) attack America, causing massive civilian and military deaths and leaving a country in civil war because of his personal desire to wage war. Faulty intelligence my arse. Perhaps we should all go and see V for Vendetta and try to get his rating below 36% before he invokes the mandatory draft to support h
Post a Comment
Read more 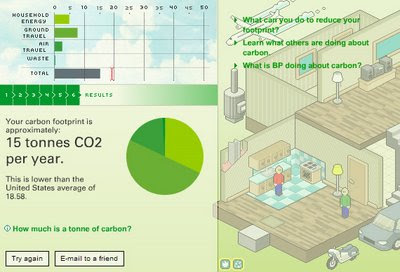 March 14, 2006
The approval rating of El Presidente. Dayam. That's only 7% away from the record set by "I am not a criminal" Nixon. The long and inexorable decline of his approval rating is due to the hideously slow process of Americans realising they've been had. Something the rest of the world knew 6 years ago. Jeebus. It's like watching moss grow. Come on people - catch on while you still have a chance! Speaking of mind-numbingly dull, from the Only In America file : American Idol is getting its own pre-show. That's right. TVGuide channel have deemed it worthy of an hour of live airtime on their channel before each show now. So if you're just hot-to-trot for American Idol, you and your braincell can now enjoy the sucking void of despair that is "Idol Tonight". Eeeesh.
Post a Comment
Read more

March 13, 2006
The official total number of people killed in the WTC attacks, the Pentagon and Flight 93 is 2986. Only 686 dead GIs to go and B*sh will be responsible for more American deaths than the original attack. And probably because of that, he's gone on the attack himself today, blaming, get this - Iran - for the problems in Iraq. He said, and I quote, Coalition forces have seized IEDs and components that were clearly produced in Iran . How, exactly, do they know that? Did they have "Made In Iran" stamped on them? Perhaps a receipt from the Tehran branch of Home Depot where parts of them were purchased was taped to the outside? Or were they in www.amazon.ir boxes with a Tehran return address? Jesus - that's more tenuous than Iraq could attack America with as little as 90 minutes notice. No, George, you sick, arrogant moron. Iran has nothing to do with Iraq. You lying to America and invading them for no reason - that's the reason Iraq is on the brink of civil war. That&
Post a Comment
Read more

So we have a new State Slogan here in Utah : "Life Elevated". It's not supposed to be revealed until April but it got out today. I guess that's not too bad. Lets just hope that when they decide on the state quarter, they pick the snowboarder - by far the most modern and popular design - and not the beehive or the damn golden spike.
Post a Comment
Read more

March 12, 2006
That's this sunday's total number of vertical feet skied. The weather was whiteout conditions - we'd get to the top of the ski lift and look like snowmen :-0 Skiing was good though - it must have laid down a good 10cm of new snow whilst I was there.
Post a Comment
Read more
More posts