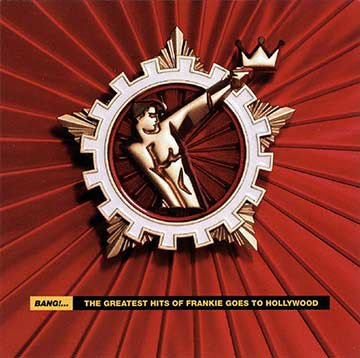 VH1 have hit paydirt as far as I'm concerned. They're on their third "I love the 80's" series. It's spurred me to put Winamp on "random" and let it loose on the 4.6Gb of 80's music I have lingering on my hard drive. ♫Hope I live to tell the secrets I have learned 'Till then it will burn inside of me....♫ Of course from my perspective, you can't beat Frankie Goes To Hollywood. Sadly though, Frankie Says....No More . :-(
3 comments
Read more

Thinking even more about the last couple of days posts, I got to thinking about a game I typed in from a copy of Acorn User in January 1984 called The Train Game. It was dead simple, but highly addictive. It generated a random track at the beginning of each game and gave you 5 trains. You had to control the points in front of each train to get them to the required stations to take on and offload passengers and freight. The whole thing ran in 2D and used text-based characters to represent everything. Skip to 2001 onwards and here I am making add-ons for Microsoft Train simulator. It does rather look like 13-15 were the key ages for me in determining what I was going to end up doing when I was "grown up." The fun thing in finding this out was posting to a BBC users group on the web. I described the game and mentioned that it was in a copy of Acorn User magazine. Within an hour I had three replies telling me it was the January 1984 issue, along with links to disk images of the
2 comments
Read more 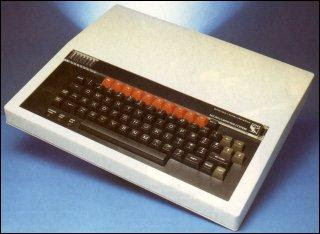 Yesterday's retro entry got me thinking about old computers. In 1982, after the Videopac, we got a BBC Micro model B - yes - the one with 32Kb of memory. For those of you who aren't old enough to remember, that's Kb, not Mb. The "A" version only had 16Kb of memory. The BBC Micro was totally programmable in BASIC and an underworld of magazines came out to support it. The one I remember most is Beebug which came out once a month. It was very low-tech, all done on a typewriter. Each month had a feature project which you could type in. That's right - they printed out the code and you could type it in and run it yourself. If you were lucky enough to have an attached 128Kb floppy drive, you could save the program to disk too! I google'd Beebug and discovered the 8Bit-site has scans of the covers of every one of them ( check here ). Now THAT is a memory-jogger. A few in particular stick out in my mind. I remember volume 2 issue 2 which had the code in for a
Post a Comment
Read more

October 25, 2005
Baggage screeners apparently found bomb components in a carry-on piece of luggage at San Diego arport today. The report was very firm on this: A department spokesman said the screeners found "all components of an IED" (improvised explosive device) in a piece of luggage at around 7:45 a.m. They then evacuated the commuter terminal of the airport and bomb specialists began to investigate. Great story - it got people nice and scared - people panicked and everything. The truth? They found a child's toy and some "organic matter" - probably vegetables. But the Homeland Security stuffed shirt was absolutely adamant that they'd found all the components of an IED .
Post a Comment
Read more 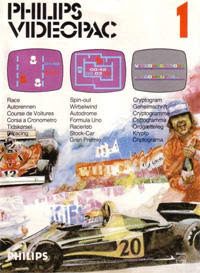 Don't ask why, but when I was minding my own business in the men's room today I suddenly remembered an old videogame console we used to own when I was 8. In 1978 we bought a Philips Videopac G7000 game. It was the dogs bollocks, I can tell you. It plugged into the TV through the UHF aerial cable, had two controllers and a keyboard built in to the console itself. It ran cartridge-based games. I can also for some bizarre reason remember the names of some of the games we had. They were all numbered and came in cardboard fold-open boxes. Jumping Acrobats (33) was the predecessor to knockout where you jumped these 16-pixel blokes on a see-saw to knock blocks out from above them. Munchkin (38) was a PacMan clone. Golf (10) was the be-all and end-all of electronic golf games in 1978. Satellite Attack (34) was an asteroids knock-off. And Electronic Billiards (35) pulled off a piece of mastery; because the game only had 16 colours, none of which were brown, it used red for the brown b
Post a Comment
Read more 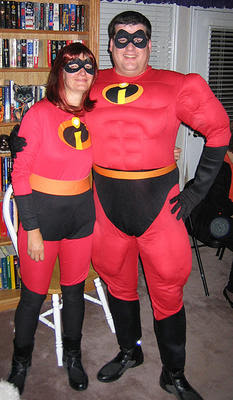 We went to Bob's 50th birthday party last night, which because its so close to halloween, he asked for everyone to come in fancy dress. It was brilliant. Paula and I went as Mr Incredible and Elastigirl. One guy went as an iPod. Austin Powers was there along with a monk, Beauty and the Beast, Little Red Riding Hood and the Big Bad Wolf. Mark went as a plug and his wife went as a socket. There was a pirate, Zorro, a she-Devil and a marine. Bob and his wife were Mr & Mrs Seymour Butz, with the appropriate amount of highly enhanced backside and belly sticking out of their costumes. They'd also gone to a huge amount of expense and effort decorating the house with tons of halloween stuff. The most embarrassing part of it all was driving there all made up :-) Meanwhile, I'm getting ready for the annual scare-the-crap-out-of-the-kids night - or Halloween as some people call it. I've had it with just giving away candy so this year I'm doing the same as last but with a
Post a Comment
Read more
More posts