The state of the dollar. 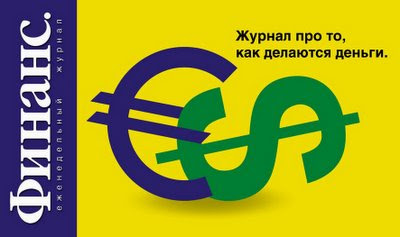 I saw this on a friend's blog today. It came from a Russian magazine and succinctly describes what the Euro has done to the Dollar recently.
Post a Comment
Read more 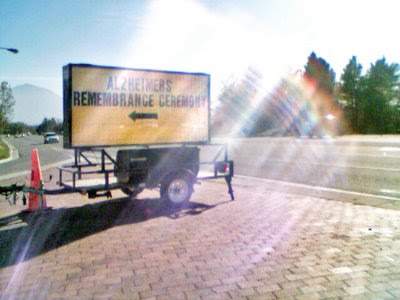 ...on so many levels.....but its so damn funny. Excuse the abysmal picture quality - it came from a cameraphone. Speaking of funny, or tragic, not sure which - the litiguous country in which I live has reached a new low. Lawyers have won a $61M settlement against Ford for a case where a Ford Explorer rolled and killed the driver and passenger - both 17 year old boys. Not so weird, you might think, until you realise the reason the SUV rolled was (apart from it being an SUV) because the driver was asleep . ( Forbes Story ). So now, if we're to believe this lawyer, cars are supposed to steer themselves whilst the drivers are asleep. America desperately needs an anti-frivolous-lawsuit ammendment.
Post a Comment
Read more 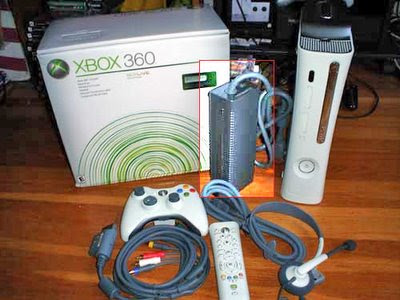 With the launch of the Xbox360 just around the corner, I thought it was time to have a bit of a data dump of some facts and figures that the mainstream press are neatly circumventing. Fact : We all know there's two versions of the package. The $300 crippleware version, and the $400 "actual" version. (the $300 version has no hard drive and so is basically totally useless). Fact : Microsoft finally got to the bottom of the backward-compatibility issue, in about the most Microsoft-esque method you can imagine. Of the 800-odd Xbox titles, only 213 of them will work on the Xbox 360. BUT, a software emulator is required for each original Xbox game, which means you need the hard drive for these games to work, which means you need the $400 version of the package. So lets say you have 10 XBox games. That means you need to download and install 10 emulators, one for each game, before they'll run. And that fact that they run through an emulator means they'll be slower an
Post a Comment
Read more

November 17, 2005
It's a chilly -2°C outside this morning, and the R1150GS is so much more noticably powerful than it is when the weather is up in the low 40's (C, of course). Great ride into work.
Post a Comment
Read more

November 16, 2005
What the Hell is wrong with Windows? Apart from the billion other problems it has as the world's widest-spread and worst-developed operating system, it's the little things that fuck me off, like file association. Three weeks ago Microsoft forced an Office update which hijacked my HTML file association and changed it to Internet Explorer. Using every trick in the book I cannot get that file association and icon back to Firefox. Now, fucking Adobe Illustrator - just the sample 30-day trial - has hijacked the file association for FLT - the standard format for all our 3D models. Now my PC thinks these files are Illustrator filter files. Again, I cannot get the file association back, or the icon. What the FUCK is wrong with you software developers. LEAVE OUR FILE ASSOCIATIONS THE FUCK ALONE!!!!! We don't want your stupid software to just obliterate all our custom settings because some moron in your company thinks it's a good thing to do. No - just give us the option when we
Post a Comment
Read more

November 13, 2005
We're catching up on all the episodes of Alias that we've got stashed on the DVR at the moment. Can't say I'm too impressed with the new male lead. He just doesn't fit in. The new female clothes horse is easy on the eyes but one of the things that impressed me the most was how progressive they've got with the music. Last night we watched the 4th or 5th episode where Sydney is in the casino gambling and the music track was "Come On" by Andy Hunter. Suh-weet.
Post a Comment
Read more
More posts