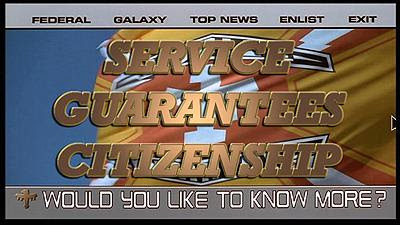 Look at the picture above. Starship Troopers, right? Wrong. The U.S. military has provided legal immigrants a fast track to citizenship, and they are taking advantage of it in record numbers, even if it means facing the risk of death or injury in Iraq or Afghanistan. Interest surged after President George W. Bush signed an executive order in July 2002 allowing immigrants with green cards to become citizens as soon as they are sworn in, according to the U.S. Citizenship and Immigration Services (USCIS). Since then, more than 25,000 immigrant members of the armed services have become U.S. citizens and another 40,000 are eligible to request naturalization, USCIS said in a statement.
Post a Comment
Read more

October 17, 2006
Wow! . The national average for petrol is now $2.26 a gallon. This of course has absolutely nothing to do with the midterm elections. The coincidental price rise that will follow in December after the elections will be attributed to something like "refinery capacity being used up for winter heating oil" or some other bullshit. I swear Bush thinks we're all as stupid as he is. It's really obvious that the red states have got expensive petrol and the blue states have got cheap petrol, and it's even more obvious why: he's trying to bribe voters in blue states with cheap petrol. Come on George. Just because your toilet seat has a higher IQ than you do doesn't mean we're all dumb, retarded Texan fuckwits.
Post a Comment
Read more

October 16, 2006
Best quote regarding Microsoft's upcoming Vista OS: "To realize the charm and brilliance of Vista, the user has to have a decent graphics card, because otherwise it looks like crap." Do we really need this? I mean Microsoft have produced a consistent stream of expensive, memory-hungry, flaky OS's that must waste millions of man-hours every year, and now they want to release an OS which is going to eat up graphics memory too? And 64bits? For the most part, 64bit ought to be a good thing but you just know the way Microsoft have implemented it means it either crashes twice as frequently or twice as quickly. My bet is that Vista will be released and within a week, there will be more patches and security fixes than you can shake a stick at. It's going to be more of the same, but it's going to run needlessly slower. We don't need a fucking happy shiny interface - what we need is a solid goddamn operating system that can work for more than 20 minutes without
1 comment
Read more 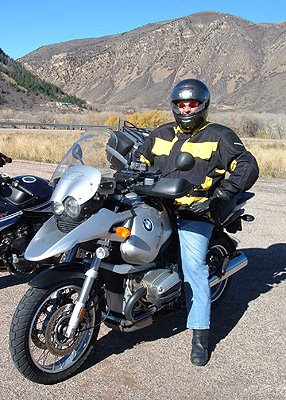 Another great ride today. We started at about 9:00 and went the indirect route up I80 past Jordanelle reservoir and over Wolf Creek to Duchesne. I think it was about 3°C most of the way but the roads were great. We had lunch at a well dodgy cafe in Duchesne at which point a truck pulled up with an Elk's head in the back of it. All the locals came out to look and coo and gasp. I just looked at the truck and figured it was the typical senseless slaughter, made even worse by the fact that they took the head and left the carcass. Fucking hunters. There's no skill involved in taking a high-powered rifle with a sniper scope, enticing an elk to come to you and then shooting it. That's not hunting, it's the pastime of a trigger-happy, lazy redneck. But I digress. The ride from Duchesne out through Indian Canyon was spectacular - I reckon actually better than Wolf Creek - and we ended up at the mine / power station at Price where the Indian Canyon road meets highway 6. Whilst
Post a Comment
Read more
More posts