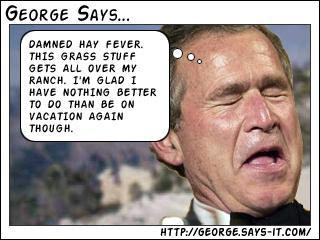 August 18, 2005
From CNN today (edited down to remove all the fat): The new Hummer H3, which is smaller than the H2 has a gas mileage figure of 19mpg. It still has the trademark poor visibility and ultra-truck-like ride and handling. It still has the nasty hard plastic on the dash and door panels. The power-to-weight ratio is going to be hard to swallow, even for true Hummer fans. Its 3.5-liter 5-cylinder engine produces 220 horsepower and 225 foot-pounds of torque. So basically, it's still a nauseous, boxy gas-guzzler. I have to ask : how is it possible for GM to keep building 3.5l engines that only have 220hp ? It just doesn't seem possible to get so little power from such a large engine. Our Subaru has 165hp stock from a 4 cylinder 2.5l engine. With a little tweaking, the same engine in the WRX can give 227hp and still return 24mpg. So 7hp more, 1 litre less capacity, and 5mpg more. Shit, the 2006 STi has 300hp stock from the same damned engine. I just don't get it. You have to be t
2 comments
Read more

August 17, 2005
Microsoft aren't easily put off.... Over the last 4 years they've sold 22 million X-boxes, yet managed to lose a staggering US$4bn (yes BILLION) on the project. And that's after the initial rumoured US$100M in development costs. That means they lost $181 for every Xbox they sold! And XBox only accounts for 16% of the games market. Now to you or I, losing a billion a year and having not even a fifth of the games market to show for it, would be a clear indicator to pack up and go home. But Microsoft saw it all as a giant learning experience, and plan to plow ahead and release the XBox360 in time for Christmas. I guess they want to get a running start before Sony hand them their asses on a plate. Again.
Post a Comment
Read more

The end of the road for my right eye ?

August 17, 2005
I think I might need glasses. Well technically - glass. As bizarre as it seems, given that I stare into a computer screen for 9 hours a day and have done since 1989, I think I'm getting far-sighted in my right eye. Tres weird.
Post a Comment
Read more

War. What is it good for? 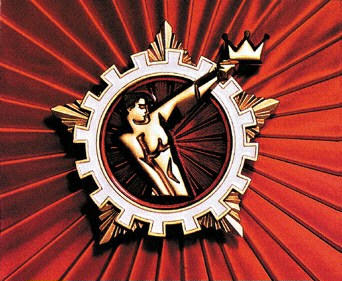 The logic of war seems to be that if a belligerent can fight, he will fight. That leaders will not surrender until surrender is academic. How is a national leader to explain the sacrifice of so much for nothing? Frankie Goes To Hollywood. War. 1984. More true today than ever.
Post a Comment
Read more

Winamp is on random play right now, and it just pulled "White Whisper" and "Forest Hymn" by Deep Forest off my hard drive. Major flashback to 5 years ago - our honeymoon in Mauritius. Mmmm........cool but sunny beaches.....nice people.....nice hotel.....sailing and swimming....... I can remember exactly the moment I told Paula where we were going for the honeymoon - I'd managed to keep it a secret for months. And I remember exactly her expression.
Post a Comment
Read more
More posts