October 08, 2005
I've just had the displeasure of dealing with some efficious bitch at Delta's luggage counter. The woman could hardly speak English for a start. Christ! If you're going to move to America, fucking well speak English. If I moved to HongTaiwanistan and didn't speak their language, I'm sure I'd get it in the neck. She was so amazingly unhelpful I thought I was back in England. The bottom line then : my suitcase didn't arrive here tonight. She can't tell me if it arrived in Houston, and she can't tell me if it even left Amsterdam. In fact, I suspect the dumb bitch couldn't even remember her own damn name. It seems then, that my suitcase is never to be seen again, because Amsterdam have helpfully closed the WorldTracer file despite me not actually having the bag. Great. Time to file a claim.
Post a Comment
Read more

October 08, 2005
I logged on to my work email server today for the first time in three weeks. Of the 21 pages of new emails, I got it down to 4 pages of new emails after I deleted all the spam. And then there was the 28 pages of spam emails that the email servers had actually caught. 3 weeks, 45 pages of spam. That's 1,350 offers for a gigantic penis, pumped up with mis-spelled Viagra, paid for with Nigerian cash, intermingled with messages from people who apparently want to be my f*ckbuddy or want me to fill out a Coke vs. Pepsi survey. Now that's a lot of spam.
Post a Comment
Read more

One thing I noticed while we were away were the new VWs and Audis on the streets back in Europe. I went to the local Audi dealership today to see if they had any info on the new A3 and it seems we're getting the Americanised version here. Longer, 4-doors, slower, more petrol-thirsty. Bugger. It's still a great-looking car though. Not quite as special as the new Golf though. 2 doors or 4, the new Golf is smokin'. Especially the R32..... I went to the VW dealership too and so far they only have the new Jetta, which is basically the Golf with a boot. It looks pretty sweet too.
Post a Comment
Read more

October 07, 2005
Remember the James Bond film "Tomorrow Never Dies" where the media magnate was manufacturing "incidents" so that his media empire could cover them first and get great ratings? Two days in a row now, there's been a "big" news story when Wolf Blitzer has had his Situation thingy on CNN. Yesterday it was a non-specific threat to the NY subway, which Homeland Security hadn't even heard about, and today it was Penn Station and the Washington Monument both being evacuated. The timing of these "incidents" is uncanny when compared to CNN's Situation Room. Being away for three weeks, I'd forgotten how paranoid Americans are. About everything.
Post a Comment
Read more 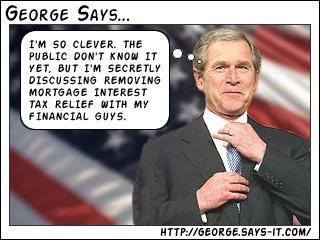 Maybe I should have been attached to my suitcase.

October 07, 2005
After all - it's travelled further than I have. Paula got her suitcase today - it arrived after going to Narita of all places. Not quite sure how that happened given it was simply supposed to go from Palma to Barcelona to Amsterdam. More fantastic still is that the other case went to Hong Kong, then Frankfurt, then back to Barcelona, then to Amsterdam. I'm due to see it tomorrow, if all the planets line up correctly. I can't imagine the chocolate inside will be up to much if its sat on the taximat at Hong Kong and Barcelona. They're not the coolest airports at this time of year.
Post a Comment
Read more

October 06, 2005
So we're back from holiday, and as a whole it was OK. I've not had a holiday in the true sense of the word since our honeymoon in 2000. Thanks to the pitiful 10 days annual vacation I get from my job in America, it took two years to build up enough time to fly to Europe with enough time for some respectable rest between jetlag. The first three days in Holland were great, seeing old friends for the first time in 4 years. But the part I was really excited about - two weeks in Mallorca - turned out to be less than ideal. Two days in I caught a cold. Thanks to a particularly viscious bug, I blocked up so bad that even going out in the sun made my head feel like it was going to explode. Swimming was off because I could hardly breathe, and thus so was snorkelling. Five years without a holiday, nine months without a cold, and I had to catch one exactly to coincide with the two weeks I wanted to be lying in the sun, swimming, and snorkelling. Instead I had to spend 9 of the 12 days
Post a Comment
Read more
More posts