The approaching destruction of the basement

January 21, 2006
The wholesale tearing-apart and reassembly of our basement got one step closer today with the walk-round and sucking-of-teeth that goes with getting a quote for such a project. It's gonna cost. But it'll be a lot cheaper to rip the ceiling out of the finished basement and re-wire the house than it would be to rebuild after a fire caused by 1950's wiring. Suffice to say I'm not looking forward to this.
Post a Comment
Read more

Must be a slow news day.

January 20, 2006
The media, being hyper-sensitive to mining problems as they are right now, have reported another mine fire in West Virginia, where this time, two men got separated! In other news, and under the banner of "duh!" oil companies have put the price of petrol up based on the Osama tape. Nothing like a good scare to get people to pay more for petrol. Yes, it's a slow news day.
Post a Comment
Read more

Osama has surfaced. Or not. 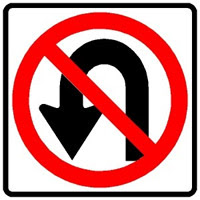 A new Osama tape? Damn...must be an election year. Oh that's right - the mid-terms. After all, the last Osama tape was right around the 2004 election. How terribly convenient. This seems to me like the ground work being done by someone in B*sh's regime to ramp up the panic factor in America again so that people will be scared into the correct voting results for the mid-terms. My guess is that there will be a couple of high-profile bombings in the next couple of months, likely not in America because I doubt B*sh could get away with that again. More likely to do with American properties abroad. Soft targets like embassies for example. Italy has announced it's pulling out of Iraq, so the even money is on B*sh regime pulling a fake bombing somewhere there. The olympics perhaps - it's high-profile enough. Then B*sh will go on TV and give a sort of "I told you so" speech and everyone will panic and vote for the Republicans in the midterms. It's all just too e
Post a Comment
Read more

What is it with Americans and late fees?

January 19, 2006
We've lived here for five years and there's still things I just don't about the Americans (like why they think B*sh is such a fantastic person). Late fees is one of those things. Ric Romero posted another consumer report today (look him up on wikipedia if you want to know who he is) about video rentals by mail: "There are several services, including the well-known Netflix that ship movies right to your door and you return them whenever you want. And, you never pay a late fee. Shawn Roberto and her daughter, Elizabeth, rent plenty of movies, but they haven't paid a late fee in a very long time. That's because they use Netflix, the online DVD movie delivery service." Great. So Mr Roberto doesn't pay late fees any more, but instead has to wait two days for each movie to be delivered, instead of just going to the rental place, and on top of that he now pays $20 a month instead of late fees. I'll let you in on a little secret : we've never pai
Post a Comment
Read more

January 18, 2006
For it did verily snow until the ground didst become covered in a white blanket and the view to thine other buildings doth become blocked with falling snowflakes. Yes. It's snowing. Big time.
Post a Comment
Read more

January 17, 2006
One of my cubemates has started his own blog. Expect to hear about lots of biking-related accidents. Diabetic Biker Bob
Post a Comment
Read more

January 17, 2006
This morning, the father of Mark Penley (the wanker who painted his pellet gun to look indifferent from a real 9mm and took it to school) says he told the police his son wasn't a danger and that it was a pellet gun. He's now got a lawyer which means he's either going to sue the police for shooting a kid who was mouthing off at them and waving a gun at them, or he's going to sue the manufacturers of the pellet gun for making it look so real. Look Mr Penley. It's tragic that your son was an idiot and got himself shot by the police. But face it - if you're the frontline SWAT guy and you get the message from the kid's father that the gun isn't real, yet when you've instructed the kid to put it down and he hasn't and is waving it at you, who are you going to believe? I know who I'd believe - the kid with the gun. His friends described him as "a nice quiet kid" this morning which is doublespeak for "psycho in the making". I thi
Post a Comment
Read more

This is too funny. CNN (The Pentagon News Network) has has been banned from working in Iran for having quoted President Mahmoud Ahmadinejad as saying his country is seeking nuclear weapons . Apparently their translator learned his craft from "Iranian for Dummies" because what Ahmadinejad actually said was "technology" not "weapons." I know, I know. Being the pro-B*sh mouthpiece, CNN's mandate is to keep people scared, but I guess they didn't think they'd get caught out.
Post a Comment
Read more

January 16, 2006
On saturday night, everyone from the national weather service right down to the plastic weather forecaster on 2 News (complete with plastic smile and plastic hair) was telling us we'd be digging out on sunday morning because "the storm of the season" was coming and we'd see up to a foot of snow in the valley. We got up yesterday to find that it hadn't even rained, let alone snowed. Big whup. They were wrong - what's new? So we went out to get on with our day and the heavens opened about 11.00 and it snowed furiously for most of the rest of the day. So the snow did arrive, it just did it when everyone was awake and out and about instead of asleep at night. The result, predictably for Utah, was record numbers of crashes on the roads. The total in the valley was nowhere near a foot - about 3 inches in Sugarhouse, but it still gave me a chance to exercise the snowblower this morning :-)
Post a Comment
Read more

Power windmills : the chosen tool of the Nazis.

January 15, 2006
New York is approaching the point where they will no longer have enough power to meet the demand, to the governer is planning to put up wind farms to supplement their power needs. This is an applaudable attitude - clean, limitless power - more governers should take this stance. The problem in NY is that people are apparently morons. They've been hold anti-turbine rallies and meetings where they discuss windmills' potential dangers and drawbacks. They complain about the potential effect on their property values and the aesthetic impact on the area's scenic countryside. In other words, NIMBYs. They want more power but they don't want power windmills. But the most incredible thing is some of the arguments they use to claim that power windmills are dangerous. I kid you not: - the sound of the spinning blades and whirring machinery (which most people find inaudible from fairly close distances) sounds too much like the noises Nazi troops tortured Jews with during the holocau
Post a Comment
Read more
More posts