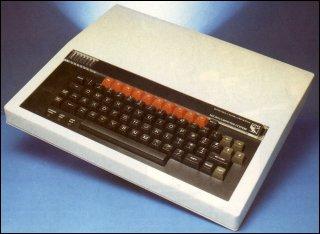 Yesterday's retro entry got me thinking about old computers. In 1982, after the Videopac, we got a BBC Micro model B - yes - the one with 32Kb of memory. For those of you who aren't old enough to remember, that's Kb, not Mb. The "A" version only had 16Kb of memory. The BBC Micro was totally programmable in BASIC and an underworld of magazines came out to support it. The one I remember most is Beebug which came out once a month. It was very low-tech, all done on a typewriter. Each month had a feature project which you could type in. That's right - they printed out the code and you could type it in and run it yourself. If you were lucky enough to have an attached 128Kb floppy drive, you could save the program to disk too!

I google'd Beebug and discovered the 8Bit-site has scans of the covers of every one of them (check here). Now THAT is a memory-jogger. A few in particular stick out in my mind.

I remember volume 2 issue 2 which had the code in for a game called Hedgehog, which was Frogger by any other name. The funny thing was that because of the way the screen was addressed, to write something on it, you had to append blank spaces before and after to wipe out whatever was already there. I missed some. The title of the game always appeared in the top line - "Hedgehog" with spaces in between. But when you died, the game printed "Splat" in the same place. Only mine printed "Splatog" because I didn't have the trailing spaces to obliterate the "og" from "Hedgehog". 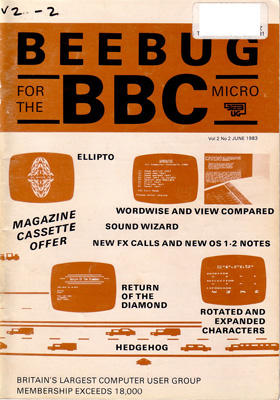 Volume 1 issue 9 which introduced me to the world of 3D models. They had a tutorial and some example code on how to make a 3D cube and spin it on-screen. Later on they expanded on that and did hidden-line removal and convex 3D shapes, like an "L"-shaped house. Volume 3 number 8 later went on to 3D wireframe landscapes. Volume 4 issue 2 then did 3D light and shadows. Volume 4 number 8 proudly announced "The Earth From Space". Basically a 3D sphere with vector shapes on it. The entire coastline of the planet had to be typed in as 2D coordinates on a 3D sphere. Damn it took a long time. It's a far cry from the gigabytes of data we have in our current simulator IG for the planet - elevation and imagery. 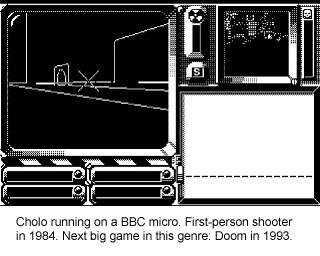 At some point during this Beebug frenzy, we upgraded to a BBC Master Series which had a whopping 128Kb of memory. This allowed me to play all the games I loved, with memory to spare. The 3D theme continued. The games I played most were Aviator - the first 3D flight simulator game on a home computer, Elite - the first 3D space trading game, and Cholo, the first first-person shooter. All were white wireframe on black background, apart from Elite, which introduced colour into the mix. It also had the entire known universe and the whole game fit on a single tape or floppy - less than 128Kb.

So lets review. From 1982 to 1985 I became obsessed with 3D and started programming my own applications in BASIC. This was when I was about 13. I started playing flight simulators and space simulators. I wrote a photoshop-type package and a 3D editor for building and rendering basic 3D shapes in 1986 for my final year computer science project at school.
Time for a classic then-and-now moment. 1983 on the left. 2005 on the right.
I'm now 36 and this is what I do every day. Go figure. 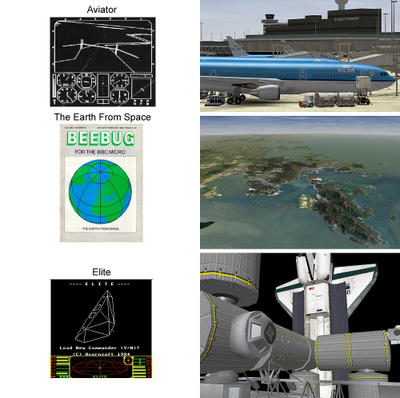 Next up : the oxygen surcharge.

The airlines are doing everything in their power to make their form of transport as miserable and torturous an experience as possible, and they're doing it very well. Backscatter X-ray machines, bomb sniffers, the dim-witted TSA morons and the 'no belt or shoes' security lines have conspired to make the airport experience bad enough as it is.

Next up, then, th…
Read more

Seems that the spineless John Mason still wants to marry his runaway bride Jennifer Wilbanks. Frankly, he should wait, because that woman needs to do a short spell in jail to make her learn not to waste everyone's time. OK people get nervous before their weddings. But there's a really big freakin' difference between simply not turning up, and phoning in to say you've been kidnapped. This woman clearly needs some time in a mental institution too.
She's cried wolf now and this is bad on two fronts. First - if she ever does actually get kidnapped, nobody will believe her. Second, those people who have legitimately been kidnapped, will now be doubted until it could be too late.
Not to mention that in this post Mark Hacking world, where gormless twats hack up their wives and claim they've been kidnapped, this UFO-eyed woman managed to get the police and feds looking directly at her hubby as a potential murderer.
And after all that, would you believe he forgives her ???…
Read more