Osama has surfaced. Or not.

January 19, 2006
A new Osama tape? Damn...must be an election year. Oh that's right - the mid-terms. After all, the last Osama tape was right around the 2004 election. How terribly convenient.

This seems to me like the ground work being done by someone in B*sh's regime to ramp up the panic factor in America again so that people will be scared into the correct voting results for the mid-terms. My guess is that there will be a couple of high-profile bombings in the next couple of months, likely not in America because I doubt B*sh could get away with that again. More likely to do with American properties abroad. Soft targets like embassies for example. Italy has announced it's pulling out of Iraq, so the even money is on B*sh regime pulling a fake bombing somewhere there. The olympics perhaps - it's high-profile enough.
Then B*sh will go on TV and give a sort of "I told you so" speech and everyone will panic and vote for the Republicans in the midterms.

It's all just too easy to predict now.

I think the important things to remember today are the facts: 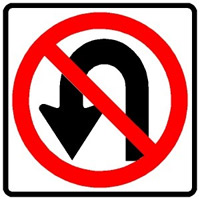 "The most important thing is for us to find Osama bin Laden. It is our number one priority and we will not rest until we find him." G.W. B*sh, 13th September 2001


The most important fact of all:

Most senior members of the Bush camp are all followers of the Project for a New American Century. The PNAC, is a Washington-based think tank created in 1997 that, above all else, desires and demands one thing: the establishment of a global American empire to bend the will of all nations, but that at the same time concedes that we would need another Pearl Harbor to get public support for their little project. Dick Cheney is a founding member of PNAC, along with Donald Rumsfeld and Richard Perle. Paul Wolfowitz is the ideological father of the group and Bruce Jackson, a PNAC director, served as a Pentagon official before leaving government service to take a leading position with the weapons manufacturer Lockheed Martin.

On September 20th 2001, Bush released the "National Security Strategy of the United States of America." It is an ideological match to PNAC's "Rebuilding America's Defenses" report issued a year earlier. In many places, it uses exactly the same language to describe America's new place in the world. For example PNAC demanded an increase in defense spending to at least 3.8% of GDP. Bush's proposed budget for next year asked for $379 billion in defense spending, exactly 3.8% of GDP.

PNAC could be the government under the government - they're certainly the people running the country and if they've demanded good mid-term election results for the Republicans, all the puppets will fall in line and people will have to die.